Of course it has to be a Studio Ghibli / Miyazaki film and it was a toss up between Spirited Away and My Neighbour Totoro (1988). I love the complexity of this story though and the way many of the antagonists are shown to not be quite what they seem. I love the exquisite beauty of backgrounds like the one above, the pluckiness and obstinacy of Chihiro, the pathos of No Face and the shameless audacity of Yubaba.

The English dubbed version provides a little bit of extra context for a non-Japanese audience and makes the film easier to watch for young kids but I would recommend watching it in its original language with subtitles. You get a better rendering of the characters and the culture, I think. It’s a great family film although some bits might be a bit scary for under 7 year olds.

What’s your favourite animated feature film? I have a feeling it might be a head-to-head contest between Disney and Ghibli.

Posted as part of the 30-Day Fillums Challenge, created by me. If you want to see what’s coming up, have a look at my post here and feel free to join in by commenting each day with your own choice.

The Killing Fields (1984) was an influential movie for me. I was 19 when it came out and it was my first experience of the atrocities of Pol Pot in Cambodia and the eradication of 2 million people. Funan covers the same story, focusing on one family who are forced to flee Phnom Penh by the Khmer Rouge (or Angkar). END_OF_DOCUMENT_TOKEN_TO_BE_REPLACED

Although unalike in style and purpose, this inventive blend of animation, interviews and live footage reminds me of Laurie Anderson’s Heart of a Dog in its approach to subjective documentary. Filmmaker and animator Anja Kofmel creates a story around her cousin Christian Würtenberg, who was a journalist and sometime mercenary, killed under mysterious circumstances in Croatia in the early 90s. END_OF_DOCUMENT_TOKEN_TO_BE_REPLACED

Get it? And if you love dogs AND Wes Anderson movies, it’s likely that you’ll find more enjoyment in this clever and quirky but ultimately disappointing animation than I did. END_OF_DOCUMENT_TOKEN_TO_BE_REPLACED

Like an episode of Midsomer Murders but painted, this misguided commodification of the art of Vincent Van Gogh is devoid of any real exploration of the artist or his art. Proudly stating upfront that each frame has been hand painted, the gimmick is at first intriguing but soon becomes a distraction. It can’t hide the insubstantial plot, dodgy accents and lack of drama. END_OF_DOCUMENT_TOKEN_TO_BE_REPLACED

It was a feelgood Sunday for me at the Japanese Film Festival with two charmers – My Uncle and this animation that also showed at MIFF this year. Aimed at kids, it is a two-layered story about Kokone (voiced by Mitsuki Takahata), whose father Momo (Yôsuke Eguchi) repairs cars, and Princess Ancien, whose magic tablet allows her to give life to objects in the beleaguered kingdom of Heartland. END_OF_DOCUMENT_TOKEN_TO_BE_REPLACED

Tehran Taboo uses rotoscope animation to tell the story of four people unable to have choice in their lives due to the religious and social limitations of modern day Iran. END_OF_DOCUMENT_TOKEN_TO_BE_REPLACED 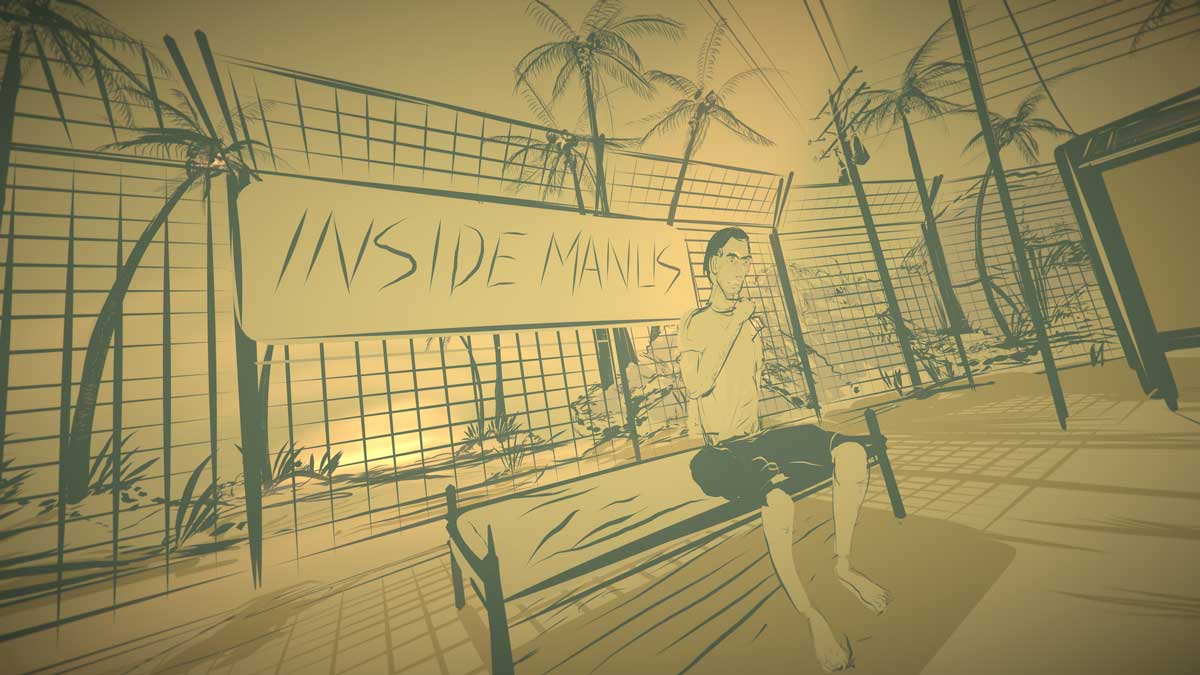 Three men who have been held in detention on Manus Island tell their stories in an affecting graphic novel style of virtual reality. END_OF_DOCUMENT_TOKEN_TO_BE_REPLACED

Gru is my favourite villain. And now there’s the breakdancing Balthazar Bratt, who comes in at number two. And number three is Gru’s twin brother Dru, who’s like a more optimistic Gru with a blonde wig. Sequels are usually something to endure but this third installment of the Despicable Me franchise was almost as good as the first and definitely more entertaining than the second.  END_OF_DOCUMENT_TOKEN_TO_BE_REPLACED

You know how there are some great animated movies that are a joy to watch for kids and adults alike? Ballerina is not one of them. I was dragged to see it by my 10-year-old daughter as it looked like it was, at least, a story about a plucky girl with self-determination. When we emerged two hours later, my daughter declared, “There was just so much wrong with it!” END_OF_DOCUMENT_TOKEN_TO_BE_REPLACED