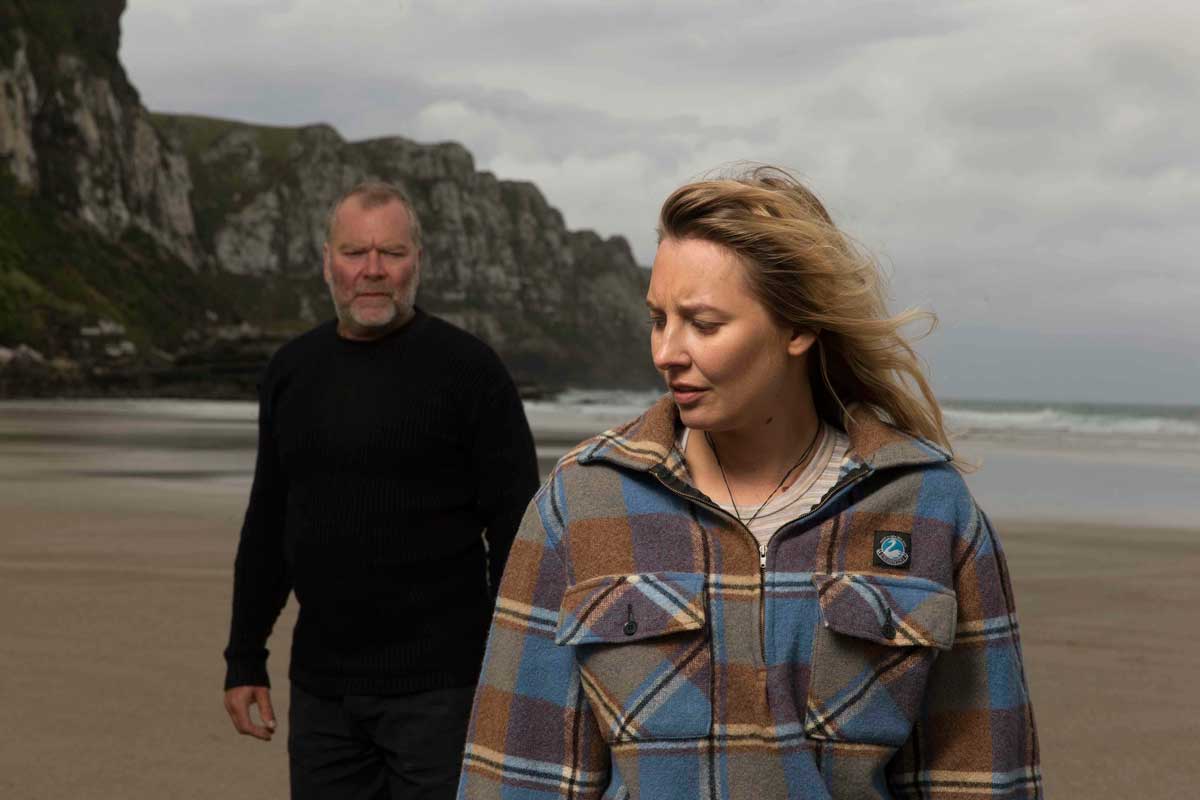 This surprising New Zealand drama set on a remote sub-antarctic island focuses on three separate view points of one story.

On the small island to eradicate feral cats and rabbits, three researchers live in a single hut for six months at a time. As one researcher  leaves on the twice-yearly boat, a young man, Pete (Vinnie Bennett), arrives to join married couple Sarah (Sophie Henderson) and Glenn (Mark Mitchinson). Glenn is a grizzled guru of environmentalism, deeply committed to this isolated life and the morality of his work. Sarah is younger and has begun to question the efficacy of their methods. Pete seems ignorant of the job he has signed up for, arriving with few warm clothes and no raincoat and guileless in his questions and approach to life.

The film is structured in three parts. First we see from Sarah’s point of view as Pete arrives and then a storm hits, creating chaos and real danger for the three. We then see Glenn’s view with some scenes repeated and others, that Sarah was oblivious to, added. And so with Pete. This allows the filmmakers to slowly reveal the characters and their motivations and to challenge our, and Sarah, Glenn and Pete’s assumptions.

It’s deftly done and takes the story in some surprising and subtly turning directions. There is little contrived drama, just a slow dissipation of a haze of fear and miscommunication. The location, actually the bottom tip of New Zealand’s South Island, creates the necessary bleakness, remoteness and beauty that makes the story believable. The three actors tread the right side of the dramatic line to give us characters that are understandable and essentially likeable.

Human Traces kept me engaged and didn’t quite go where I was expecting, which was refreshing.