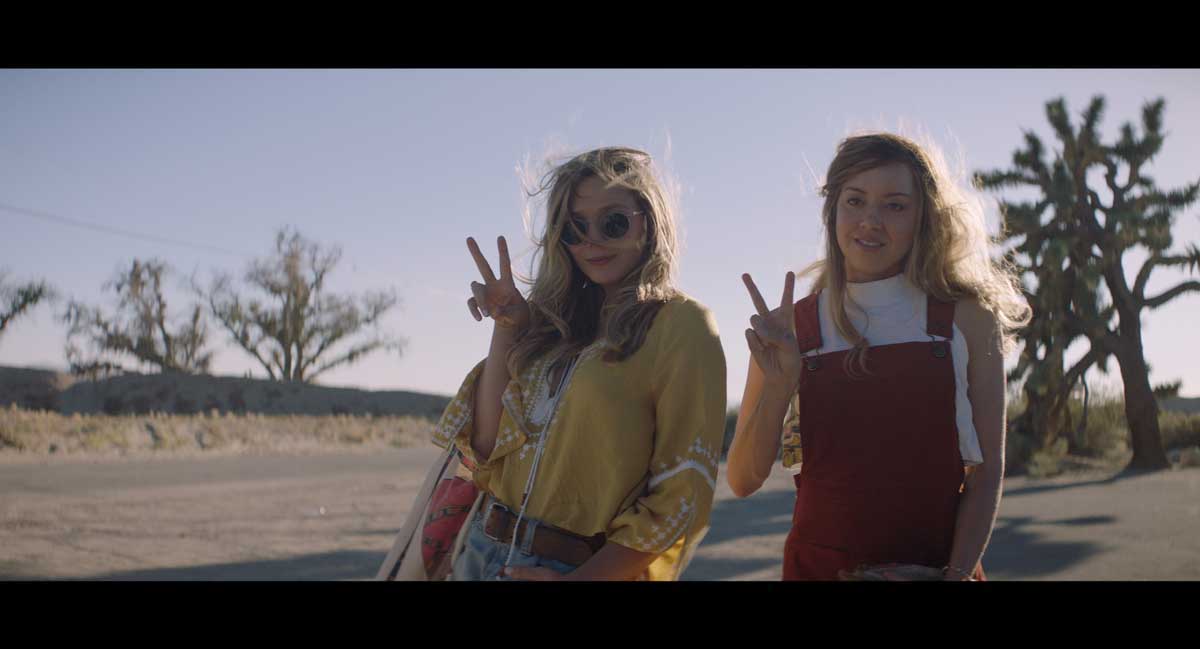 There’s something lovely about this dark comedy, although it’s almost unbearable sometimes to watch the sad and dangerous trajectory of hapless Ingrid Thorburn (Aubrey Plaza).

We begin with the last moments of Ingrid’s irrational obsession with a woman, Charlotte (Meredith Hagner), that was triggered by her innocent response to an Instagram post. Time spent in a psychiatric facility should have ‘fixed’ Ingrid but, newly released, she can’t help but succumb to another infatuation. This time it’s Californian social media influencer Taylor Sloane (Elizabeth Olsen) and Ingrid cashes in an inheritance from her mother‘s estate and heads West.

Ingrid is deluded but canny. After a bumbling start, she works out how to befriend Taylor and soon becomes giddily caught up in her superficial #PerfectLife. We know it will all unravel sooner or later but but Ingrid seems oblivious to the fragility of the life she is building.

The characters are well-defined and there is enough depth to get a sense of the complexity of the story. None of the people Ingrid meets are quite what they seem, not Taylor, whose world seems charmed, nor her artist husband Ezra (Wyatt Russell) who just wants to keep it real, nor Dan Pinto (O’Shea Jackson Jr), Ingrid’s landlord and Batman fanatic. And of course neither is Ingrid herself. We see little signs as to why she may have gotten to this place in her life and why this may not be all there is to know about her.

Plaza is superb as Ingrid, essentially likeable for all her flaws and engaging our sympathy even as we can barely watch her ineptitude. Olsen hits the right notes as Taylor, so shiny and glittering you can understand Ingrid’s infatuation with her life.

In there too is a critique of our public social media world, the fascination with other people’s lives and our ability to build a facade that looks shiny and real. Although ostensibly it is Ingrid who is broken, we can see the flaws in those who appear to the world to have it all worked out.