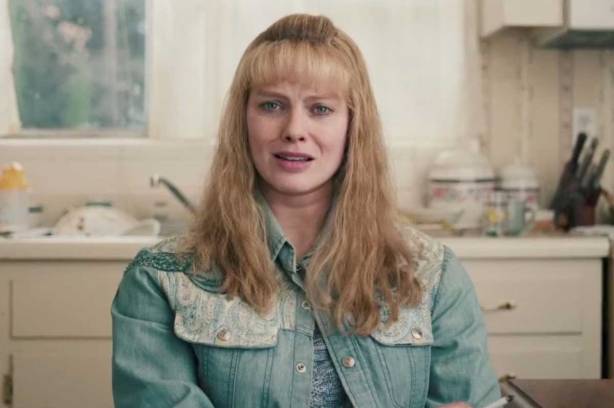 Margot Robbie does a smashing job (no pun intended) at portraying the much maligned US Olympic figure skater Tonya Harding in this quirky, openly contradictory telling of her story.

From the outset, we are told that the film is based on interviews and testimony by the key characters, much of which was conflicting. Beginning with dramatised interviews to camera, we see Harding, her ex-husband Jeff Gillooly (Sebastian Stan), mother LaVona Golden (Allison Janney) and bodyguard Shawn (Paul Walter Hauser) talk in retrospect of the events that brought them all to infamy.

Flashbacks show LaVona’s bulldog determination to ensure a young Tonya could have skating lessons, despite their poverty and the closed snobbery of the figure skating world. We see Harding (Robbie looking unconvincing as a teen in a bad wig), meeting Gillooly and using him as a way to escape her mother’s meanness and violence. As she tells it, in fact she just swaps abusers with Gillooly, after a brief honeymoon period, using his fists to express his frustration.

It’s at moments like these, where we are reminded of the subjectiveness and contradiction of the stories. While being beaten up, Robbie turns to camera and let’s us know this is how she remembers it. The breaking of the fourth wall is at first jarring and used inconsistently. It works, perhaps deliberately, to keep us at a safe distance from the emotion the characters are experiencing. It should stop us taking sides about a story where the facts remain clouded, but the title is the first indicator that Tonya is the flawed, misunderstood, white trash hero, of this telling at least.

Nancy Kerrigan (Caitlin Carver) doesn’t get much of a look in because this is really not about her. Most of the characters seem like caricatures until you see interviews with the real people over the closing credits. Janney does a remarkable job with a LaVona and she manages to give her a dogged morality beneath her monstrousness. Shawn seems laughable until you see the real Shawn and understand how sad his life must be.

There is something fresh about how this story has been told, and although it’s not the best film I have ever seen, it has stayed with me primarily, I think, due to Robbie’s finely charged performance.