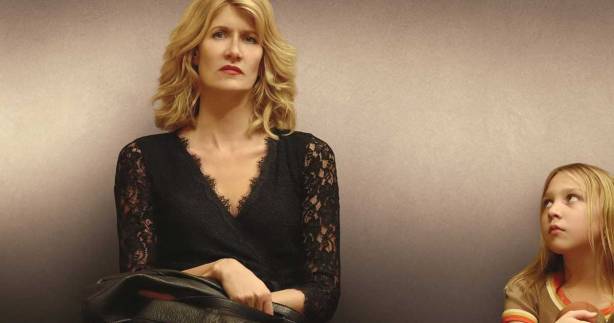 The Tale is based on the experiences of writer director Jennifer Fox who discovered a story written by herself at age 13 that recounts her relationship with her 40-year-old running coach. Having remembered it for 30 years as a benign and normal experience, reconnecting with her words as a 13-year-old forces her to confront the reality.

Laura Dern plays Jenny and we flit back and forth between her present day as a documentary filmmaker and lecturer and younger self, played with disarming assuredness by Isabelle Nélisse. The film deftly weaves the two stories together, cleverly replaying scenes with slight changes as Jenny’s memories shift and change. Every now and again the fourth wall is broken as adult Jenny talks to the people from her past, trying to make sense of her memories. This is most affecting when she speaks to her younger self and it is a dialogue that is poignant and instantly recognisable.

The scenes of abuse with her running coach Bill (Jason Ritter) are carefully portrayed but are shocking and hard to watch. The film ends with a clarification that an adult double was used for these scenes but it makes it no less confronting. Every frame, though, is meaningful and helps create an understanding of why the adult Jenny might be reluctant to cast herself as a victim.

The secondary characters are great, particularly Elizabeth Debicki and Francis Conroy as the young and old Mrs G, a malign presence beneath her elegant confidence. Although it may be tempting to avoid this film because of its confrontational subject matter, I recommend it as an important and satisfying piece of filmmaking.