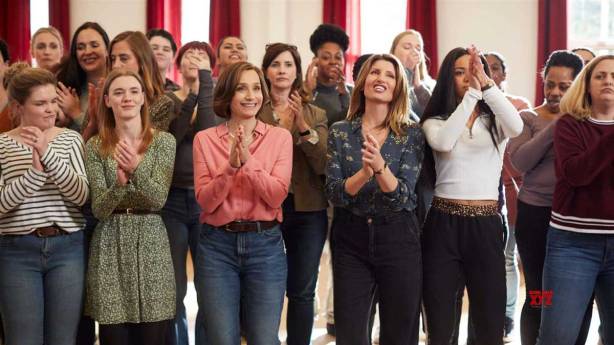 My comfort food is mashed potato and gravy, which is not a bad analogy for (Full Monty (1997)) Peter Cattaneo’s choir-based feel-good movie. It’s warm and predictable with just enough flavour to keep it interesting. The beats are predictable, the ending assured, the tissues needed, but the performances of leads Sharon Horgan and Kristin Scott Thomas elevate it to something more.

To make our experience even better, the screening was at the gorgeous art deco Sun Theatre in Yarraville, and began with a performance by the Pitchface Choir, western suburbs women rocking single and double denim. They sang a medley of just about every 80s power ballads and seem to glow with the joy of singing. 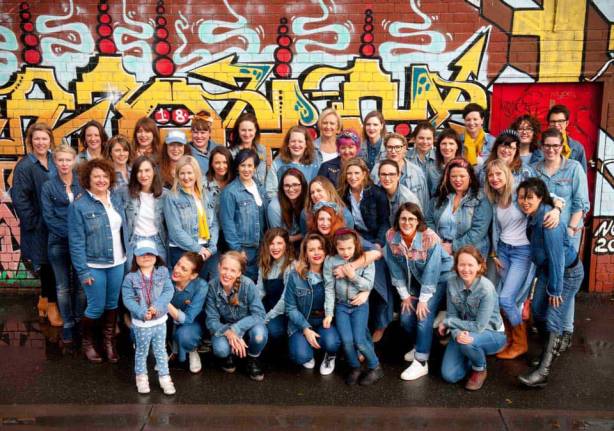 Back to the movie, Kate (Scott Thomas) is the colonel’s (Greg Wise) wife on British military base Flitcroft. As the husbands (and one wife) head off for a six month stint in Afghanistan, the wives left behind must prepare themselves. The hierarchy of the men is reflected in the women, with Lisa’s (Horgan) husband’s new promotion meaning she must now take some responsibility for the welfare of the women.

We understand the class division immediately with the wonderful opening scenes showing Kate’s status and total lack of awareness of her privilege. The heart of the story is the odd couple pairing of ballsy Lisa and prim Kate, made apparent when they start a choir to keep the women busy. Lisa doesn’t read music and brings in a swag of 80s hits whereas Kate wants vocal warmups and choral works. Lisa would definitely have joined the Pitchface Choir.

It’s a credit to Horgan and Scott Thomas that they make this cliche so interesting. We get a sense of depth to their characterisation and there is something familiar in the fragility beneath the surface. The other women are less well-defined but add comedy and tragedy. Lara Rossi stands out as the perennially optimistic Ruby, the only one with a wife on deployment, and India Ria Amarteifio as Lisa’s wayward daughter Frankie and Amy James Kelly as newbie Sarah are memorable.

This is the kind of movie to take your mum to. The finale is genuinely moving (with a Spice World (1997) moment for true fans) and the closing credits overlay of the real choirs that have sprung from the original one gives an added weight to the fictional depiction.