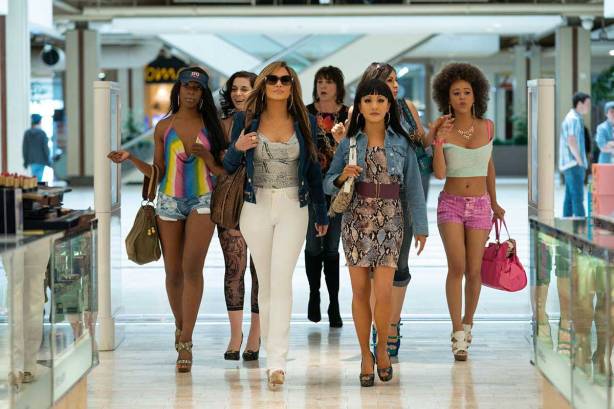 It’s a rare treat to see a mainstream Hollywood film where so many of the leads are women of colour. Lorene Scafaria’s Hustlers takes a true story of a group of women in the late 2000s, who survive the financial crash by fleecing businessman, and turns it into a warm and vibrant story of female friendship.

We see it through the eyes of Dorothy (Constance Wu), the new girl in a strip club, who learns the ropes from seasoned, glamorous Ramona (a resplendent Jennifer Lopez). Riding the wave of capitalism before the crash, all seems rosey until their many Wall Street clients are suddenly no longer there. With sisters Mercedes (Keke Palmer) and Annabelle (Lili Reinhart), they go from wining and dining businessman to a dubious ‘shortcut’ of drugging them first to expedite their spending spree.

The four leads are immensely watchable and it’s hard not to share their glee at making a buck, particularly considering the shady nature of many of the men who seem to be largely deserving of their fate. The movie isn’t really interested in developing any of the male characters into anything more than stereotypes, from the johns to shouty boyfriends and parochial cops. Even a later ‘client’, who is clearly ruined by his encounter, serves primarily as a catalyst for strife between Ramona and Dorothy.

It is Ramona and Dorothy’s friendship that is the real heart of the story and, like Dorothy, we both love and distrust Ramona. Even though she is a pivotal character, we never really understand Ramona, her motivations perhaps described by Dorothy that “people who have been hurt, hurt people.” With a less mainstream treatment, Ramona and her sisters may have been allowed to be more complex.

Structurally, we are being told the story in flashback as Dorothy recounts it to journalist Elizabeth (Julia Stiles). It’s an odd conceit it doesn’t really work – the flashback is so extended that it jars to return to the world of the interview – and is perhaps included to promote the role of the author, Jessica Pressler, of the New York Magazine article that went viral in 2015 and inspired the film.

Despite its flaws, there’s a lot of joy in this film and you feel enveloped in the world of these warm, fierce women. And J Lo! She is superb.