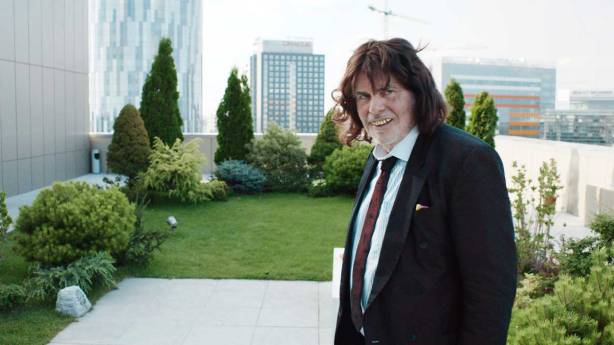 It’s taken me a while to put together my ‘best of MIFF’ list and I’m grateful to my friend Brian who has reminded me about it several times in the past weeks. It’s nice to know I have an audience. So here are my favourites from 2016 and I recommend them all.
My top three:

Toni Erdmann – My absolute favourite film of the festival (above) was the 60th film I saw and on the very last day. I nearly didn’t see it and had to miss Emo the Musical as it ran overtime but it was worth it. It’s funny, it’s moving, it’s about father-daughter relationships, it ends beautifully and I feel warm inside just thinking of it. It’s suitable for all ages except there’s a sexual scene or two that might be better suited to 15 years and up.

Chevalier – If you liked The Lobster, then I think you’ll like this Greek film that has a similar deadpan humour albeit with more realism. Set on a luxury yacht, we watch as a group of men compete to be the ‘best man in general’. With a wry humour and a low key ending, this one made me think about masculinity and our tendency to constantly compare ourselves with others. Suitable for 15 years and up.

Radio Dreams – I’m very glad that an Iranian film made it into my top three. If you live in Melbourne, the Persian Film Festival is on this weekend (and also in Canberra, Adelaide and Sydney) and you can see The Salesman, which I enjoyed. It’s a shame that Radio Dreams isn’t a part of this festival as I would gladly see it again. Set in the US, this one takes a loving look at Iranian expats trying to maintain their culture. It’s funny and there’s a treat in it for Metallica fans. Suitable for all ages.

Another four worth seeking out:

The Commune – This one made me want to establish a commune. It’s a loving look at the difficulties of friendships and relationships, particularly as we age and feel cut adrift from our youthful hopes and identities. Suitable for teens and up.

Certain Women – This one will get general release as it has a few stars in it – Kristen Stewart, Michelle Williams – but it is an ensemble piece and it’s a beautiful exploration of relationships and loneliness, seen through the eyes of three women. For me the last story was the stand out with some perfectly described moments of connection and separation. Suitable for all ages but perhaps a bit too slow for kids and younger teens.

Behemoth – This one is a documentary that immerses you in the world of the people who work in the production of steel in China, from the massive coal mines in Mongolia through to the construction of ghost cities. There is little narration and we get to simply observe the gargantuan scale of production and the human impact, reflected in the blackened faces of the workers. Suitable for all ages but kids might struggle to stay engaged.

Don’t Call Me Son – This one seems to be about a crime – a baby stolen who discovers as a teen that he has another family – but really it’s about our acceptance of difference and how to nurture teens as unique individuals, not just as vessels for parental expectations. I loved the gentle humour that emerges and the wry but hopeful resolution. A good one for teens to watch with their parents.

Four heavier films but worth it:

Tharlo – Beautiful, slow, black and white, heart-breaking. This one’s not for everyone but you’ll have trouble forgetting it if you see it. Set in Tibet, this is about inexorable social change and the tenuousness of living a good life.

Diamond Island – An insightful look at poverty and status in contemporary Cambodia, seen through the eyes of a young man working in construction on reclaimed land in Phnom Penh having to choose between friendships and opportunity.

Apprentice – Set in a maximum security Malay prison, we watch as new recruit Aiman grapples with the realities of capital punishment when he is apprenticed by the resident executioner.

Album – This Turkish film would have been in my top five if it wasn’t so excruciatingly bleak. Not for the faint-hearted, this one is like The Lobster but much harsher. If you’re not afraid of difficult films, please give it a go.

Great family films (and one for older teens):

My Life as a Courgette – A warm and whimsical stop-motion animation with beautifully rendered characters and a genial and heart-warming narrative.

Miss Impossible – A lovely antidote to glossy, superficial Hollywood teen movies, this French family film shows us the difficulties of navigating adolescence when you feel like no one in your family understands you.

Being 17 – This French film revolves around two teenage boys and explores the beginnings of relationships and the slow, difficult challenge of allowing ourselves to be vulnerable with others. I would be happy to watch it with my whole family (kids aged 10, 13 and 16) but there is a non-graphic sex scene that some parents might find too adult for younger kids.

One of the oddest films I have seen but so worthwhile:

The Lure – If you like feminist retellings of Disney stories and eighties music then you’re going to really enjoy this messy but delightful Polish musical/horror mash up. A dark version of ‘The Little Mermaid’, there is nothing benign about mermaids Golden and Silver who have very different ideas about love and power.

These aren’t the only great films from MIFF 2016. If you get the chance, see I, Olga Hepnarova, The Happiest Day in the Life of Olli Maki, Girlfriends, Starless Dreams and Mahana.